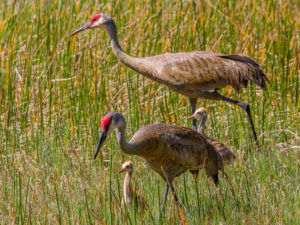 When you think of family, who do you think of? Perhaps your mother or father? Siblings? Maybe you are a mother or father yourself and you think of your spouse and your own children. Many instinctively think that a family is defined by those traditional roles that we’ve given titles to. Society often considers those with a blood relation a family. Of course these people would all be our family, but as Christians we would do well to consider what Jehovah views as a family, and the Bible gives us many examples.

The Bible has many examples of families. One that might not come to mind at first is that of Ruth. Jehovah has recorded her story for us and in it we find one example of family relationships that might not fit with modern interpretations of family. In the second chapter of Ruth we find both Ruth and her mother-in-law Naomi returning to Bethlehem. They are returning to Bethlehem because Naomi was a widow, and recently Ruth’s husband, one of Naomi’s sons, had died. Naomi’s other son had died too leaving both Ruth and Naomi without a man in their family. This was at a time when society was patriarchal and it was difficult for single or widowed women to survive. So, they were heading back to Naomi’s home land where she had male relatives to help them survive.

In this world you have no doubt seen the way mother in-laws are often portrayed. I’ve heard more than one joke made about mother-in-law’s and in television and movies they are often portrayed in a negative light. But what does Jehovah think of them, and what does the example of Ruth teach us? We find this example in Ruth 1:16. This was recoded at a time when Naomi was pleading with her two widowed daughters-in-law to return home. Orpah left and abandoned Naomi, but Ruth stayed. Here in Ruth 1:16 we read:

Ruth said: Do not plead with me to abandon you, to turn back from accompanying you; for where you go I will go, and where you spend the night, I will spend the night. You’re people will be my people, and your God my God.

Ruth did not abandon Naomi. Even though their relationship wasn’t that of blood, Ruth did not cast Naomi off. Instead, she stayed loyal, sticking by her side. In fact, Ruth followed Naomi back to Bethlehem and continued living with her, and providing for her widowed mother-in-law even though she too had been widowed. We read that when Ruth would glean, she would return to Naomi with the fruits of her gleaning. Further, when Ruth found kindness in Boaz she was even able to bring meals back to share. We read in Ruth 2:23 that Ruth “kept dwelling with her mother-in-law”. She did not cast her off.

Jehovah does not view family in the same way that many do today. It is common in this system of thing to assume that your family is defined by narrow, blood related lines we’ve given these titles to. Many view these titles as what is makes a family. But let’s see what Jehovah said about family. We read in Mark 10:29-30:

Jesus said: “Truly I say to you, no one has left house or brothers or sisters or mother or father or children or fields for my sake and for the sake of the good news who will not get 100 times more now in this period of time—houses, brothers, sisters, mothers, children, and fields, with persecutions—and in the coming system of things, everlasting life.

Now you might notice all of those family members Jehovah talks about are titles, but is he talking about just those family that we are related to by blood? Note what it says you will get “100 times more…” and then “mothers”. Surely Jehovah didn’t mean we would be born to 100 women. No, Jehovah is talking about the congregation here. He isn’t saying you’re parents will have 100 times more sons for you to call brothers, 100 times more daughters for you to call sisters. No, Jehovah is saying that when you follow him, your family will become 100 times more through the congregation.

This is a blessing we all have benefitted from. Our brothers and sisters can be found in the congregation, and in different parts of the world. We all look so different – yet how many times have you been in a restaurant or somewhere else and think “is that a brother” or “is that a sister” and then have the chance to talk and find out they are, and you talk about what congregation you go to? We have family all over the world thanks to the promise in Mark 10:29-30.

So who is our family? We are all so different yet when we put on that new personality, and the peace of Jehovah and we can recognize one another even if we have never met! Yes, these people are our family. Jehovah provides a worldwide family for us to love, care for and be cared by. Like Jehovah said, those of us who have lost family when we came to the congregation we have been given 100 times the family by Jehovah in the brothers and sisters we share our congregations with.

(This post featured image “A Family Outing” by Andy Morffew is marked with CC BY 2.0 and can be freely shared with attribution.)