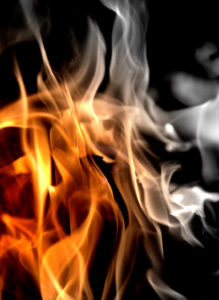 As a child it seemed like every time the doors were open, my mom had us in church. I did learn to love God at an early age but had a hard time believing many of the ideas they were promoting about him, and honestly, I never really learned why we are here and what his ultimate plan for us is. What I did learn was that I should be afraid of him and afraid of making him upset with me. That I should be “good” so I don’t wind up being cast into hell.

After moving out of my parents home and becoming an adult, I decided to stop going to church. I went back sporadically but never felt anything, I was going through the motions. I went to many different churches and denominations, but still felt nothing. I was being taught more about being afraid and give us your money, please. When my kids were teens and tweens, I tried again, as a single mother people did not really feel the need to come talk to me or try to be friendly; this happened in a several different churches. I felt like a piece of meat in a chair just giving them money and I was not learning anything nor was my life or outlook improving. So, again, I quit going and this time it was final, I decided I could teach my kids about God on my own and they just may get a true sense of who he is, a loving God who cares about us.

While I was still going to church, seeking God, being taught those same things I learned as a child, but with a lot less scriptural back up, I started having panic attacks over the idea of Hell. I knew my life was a mess, I was trying to be a “good” person, I was a little self-destructive but I didn’t cheat, steal or do other bad things, however I was not “good enough” to go to heaven. This was very distressing to me. I also knew enough about my Heavenly Father to know that he loves me more than I love my kids; having children, knowing I am SO IMPERFECT, and the depth of my love for them, I could not imagine them doing ANYTHING, up to and including killing someone, that after appropriate disciplinary actions were taken, I would not be able to forgive them. I would definitely not want them being tormented and punished forever and ever, amen.

It was at this time, I started getting visits from my Bible teacher, one of Jehovah’s witnesses. She was patient, it took about a year of brief conversations at the door before she said something that got my attention. At some point, the topic of hell came up and she told me something about hell that rang true for me. This post is a culmination of all the things I have learned from the Bible and my research of this topic. It has given me peace to know that Jehovah is the God that I always thought he was in my heart, not the God I was taught in the churches I attended up to that point in my life. It truly set me free and removed the anxieties I felt. I hope it does the same for you.

If we look at the various words from the original texts that were translated to mean “hell” we will learn more about what hell really is.

Gehenna: in Hebrew – Geh Hinnom, or “Valley of Hinnom”. This was a valley in Jerusalem where King Ahaz and Manasseh practiced idolatry including human sacrifice by fire to a false god. Faithful King Josiah later polluted the area to prevent further practice of these detestable actions. Jehovah never wants this to happen to people, he tells us:

They have built the high places of Toʹpheth, which is in the Valley of the Son of Hinʹnom, in order to burn their sons and their daughters in the fire, something that I had not commanded and that had never even come into my heart.’

Furthermore, they built the high places of Baʹal in the Valley of the Son of Hinʹnom, in order to make their sons and their daughters pass through the fire to Moʹlech, something that I had not commanded them and that had never come into my heart to do such a detestable thing, causing Judah to sin.’

This valley became a location for disposal of waste, carcasses of unclean things and the bodies of those whom were deemed unfit for resurrection. This valley constantly had a fire burning and symbolically, the Valley of Hinnom was a place of everlasting destruction, there was no life nor coming back from it.

This word, often translated in the KJV of the Bible as “hell” refers to death and in a couple cases and it refers to the common grave of mankind. The Christian Greek scriptures often used the Greek equivalent “sheol” instead. Many modern translations use the word sheol

Marvel not at this: for the hour is coming, in the which all that are in the graves shall hear his voice,

Do not be amazed at this, for the hour is coming in which all those in the memorial tombs will hear his voice

Notice: The dead will hear his voice from the grave / memorial tombs. How can they be in the grave and in a burning hell? How can they be subject to judgement after resurrection if they have already been judged and thrown into a fiery hell for eternity? They cannot! The truth about death is that it is like sleeping.

And I saw, and look! a pale horse, and the one seated on it had the name Death. And the Grave was closely following him….

And I looked, and behold a pale horse: and his name that sat on him was Death, and Hell followed with him….

This scripture illustratively helps us to see that the grave follows death. As brought up earlier, there will come a time when ALL the dead are called and they will answer, or be resurrected. The scriptures say that after this, DEATH and HADES (hell/ the grave) will be cast into the “lake of fire” which is a “second death” or eternal and full destruction, never to come back into existence.

There is so much more research material on this topic to prove the point that Hell is not a place of torment but rather a state of being in the grave, sleeping in death. But I hope this helps anyone who struggles with the idea that our loving Heavenly Father, Jehovah would ever do such a thing to his creation. It NEVER CAME INTO HIS HEART! Instead he wants everyone to be part of his righteous new world, the Kingdom of God, but in order to be part of that world we have to get to know him and his standards and bring our lives into harmony with those standards, or at least wholeheartedly try, we will not get it perfectly since we are imperfect, he knows our hearts so he knows what we are capable of. How do we get to know him? Through reading his word and meditating on it, and as with any other education, researching what we don’t understand.

How loving that God wants us to know the truth so our fear of him can be proper fear, not terror, but fear of disappointing, like a child who doesn’t want to disappoint their parents. So yes, be in fear of Jehovah because you want to be pleasing to him and because you love him so much you do not want to disappoint him. There is no reason to have morbid fear, because as you can see through the small amount of information above, hell is NOT a fiery place of torment. It is merely the common grave of mankind where all those asleep in death are awaiting his call to wake up.

I am no longer terrified, instead, I am so thankful that I have received the truth about Jehovah so that I can truly love him for who he is and what he has done for me and for all mankind and not because I am morbidly afraid of a literal fiery hell. As Jesus said:

and you will know the truth, and the truth will set you free.

I have been set free.