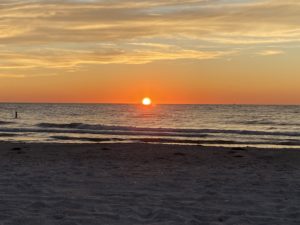 In the Bible the original Greek word used for faith is pi’stis which conveys the idea of confidence, trust, firm persuasion and depending upon context can mean faithfuness or fidelity – Insight on the scriptures, Watchtower Bible and Tract Society.

In my search for the truth I have found the evidence points to a real and loving God. But is it easy to have faith? No, it has never been easy to put faith in something I cannot see. To have faith does not mean to blindly accept something as true. Faith in an invisible God is not based on seeing, but examining evidence and looking around yourself with an unbiased point of view. There is no more true statement about faith that I have found in my search than the one below:

Realities that are NOT SEEN! We cannot see God, but when we examine the evidence he gives in his “letter to mankind”, the Bible, and through observing creation, it becomes obvious that he exists. In this blog, I would like to present some evidence from the Bible that has helped me build my faith.

Each day we wake up, that is a miracle in itself, our body has many automated life sustaining functions that take place without even thinking about it. We naturally breath, our heart beats on its own, our body continually cleans and removes wastes. Without even getting into what all has to go right to create a life, we can see the miracle of having life. Our bodies are made to last and to repair themselves, we were made for everlasting life!

He has made everything beautiful in its time. He has even put eternity in their heart; yet mankind will never find out the work that the true God has made from start to finish.

He put ETERNITY IN OUR HEART, this is why we all feel like we want to live forever, we inherently KNOW it is what was purposed by our invisible creator, Jehovah. Unfortunately, the original parents, Adam and Eve, failed in an epic way. They could not seem to obey the one command they were given …you see that tree over there? DO NOT eat from it, if you do, your gonna die. The rest is history. THANKS A LOT guys! In any case, here we are. But, the point is, life is miraculous and each day we wake up on the “correct” side of the dirt is a miracle.

The next thing I thought about was creation. The earth is in the so-called “goldilocks zone”, where everything is JUSSSST right. Not to hot, not too cold, has a moon correctly sized and placed in just the right distance from us to generate the precise natural forces to sustain us. The sun rises and sets every day, we have faith it will happen because it has been happening since the beginning when God set it in the sky above us, the moon rises and sets, the tides come and go, all these things take place at times that we have been able to count on. The earth’s magnetic field generated by processes deep within the earth protect us from harmful rays generated and flung toward us from the sun. We have yet to find another planet like ours. The earth has cycles that sustain life, the water cycle, the process in which plants take in the carbon dioxide generated in many ways, one of which is through humans just breathing out “bad air”, after which plants use photosynthesis to turn that bad air into oxygen which humans and animals need to live. Even the seasons, think about it, some seeds need a cold snap to start sprouting, what do seeds do? When planted many of them provide food for us. And, wow! Think about the size of a seed and the size of what it produces! What about all the animals? Many of them do things that make life better for us, and how can we not be thankful for the little domestic animals that we bring into our homes who just give us unconditional love?

Thousands of years before man understood anything about the earth’s place in the sky, when many thought the earth rested on a turtle and various other creatures, God inspired Moses to write the book of Job. This book covers the time of 1657 BCE to 1473 BCE. In one scripture he wrote:

He stretches out the northern sky over empty space, Suspending the earth upon nothing;

That was written a little over 3,000 years before Sir Isaac Newton discovered the forces of gravity which hold the earth in the heavens above us. When the bible speaks on scientific matters it is accurate, it may not always go into minute detail, but it is accurate; another example:

There is One who dwells above the circle of the earth, And its inhabitants are like grasshoppers. He is stretching out the heavens like a fine gauze, And he spreads them out like a tent to dwell in.

The Book of Isaiah, written by the prophet having the same name, covers some 46 years during 778 BCE to 732 BCE. It was around 500 to 430 BC, some 232 years later, a Greek philosopher started thinking the earth was round. And it was not until 1492 when Columbus sailed that it was proven; many people in his time still believed the earth was flat! So from the completion of Isaiah’s inspired writing to 1492 is 2,224 years! Isaiah did not have a telescope, the creator of the earth and the heavens inspired him to write these words because he loves us and wants us to understand the gift of creation. How loving!

The Bible is full of accounts by eye witnesses of miracles God, whose name is Jehovah (Psalm 83:18), has performed in behalf of mankind. By and large the biggest thing he has done for us is make a way for us to be reconciled to him after Adam and Eve failed us all so miserably. He sent his only begotten son, the one he solely created, to earth in a humans form, as a baby no less, to die for us. Think about this, like the unfaithful angels who rebelled, Jesus could have been sent to earth to materialize a body for himself and not had to go through all the things he did growing up, living the “human” experience with all that comes along with it. He loved us enough to voluntarily come to earth, taking on a “slaves” form and suffer greatly, ultimately dying a humiliating and extremely painful death alongside criminals. That there my friends, is TRUE LOVE. Jesus taught his disciples:

No one has love greater than this, that someone should surrender his life in behalf of his friends.

He lived what he taught. All he asks of us is to follow his fathers commands, have faith that he died for us and draw close into a relationship with our loving heavenly father and creator, Jehovah. His commands are not burdensome, he stripped away the “law” and from the time of his death forward we all became subject to a new command.

Christians are commanded to love one another, this is not a burdensome command, this promotes all kinds of good things. If everyone who called themselves a Christian let every action be ruled by the idea of love, the world would be a beautiful place.

My next line of evidence is the Bible record. Many Bible prophecies have been fulfilled, when you look at the Bible record against history, you can see the Bible has been historically accurate, some prophecies, such as the overthrow of the ancient city of Babylon, were foretold by Jehovah’s prophets hundreds of years in advance and with great detail. History proves that the prophecy was fulfilled exactly as written, down to the name of Cyrus, the ruler who overthrew Babylon, the gate was left open and the waters were dried up. AMAZING! You can view a video about this sort of thing at this link.

In conclusion, through diligent study of the Bible and observation of creation that surrounds me, I have gained ACCURATE KNOWLEDGE and I cannot come to any other conclusion than we are all a product of intelligent design and we do have a loving Heavenly Father, Jehovah, who has a plan to rescue us from the things that cause us so much distress. I trust it is true because I know “...that not one word out of all the good promises that Jehovah your God has spoken … has failed. They have all come true for you. Not one word of them has failed.” (Joshua 23:14). I can look at the Bible record and history to discern the truth of that statement. All any of us have to do is take the time to prove the truth to ourselves and then we can draw into a close relationship with our loving creator and eventually benefit from the promises recorded in the following, and final scripture of this blog.

What a beautiful promise we have when we cultivate Faith and do what is necessary to maintain it!