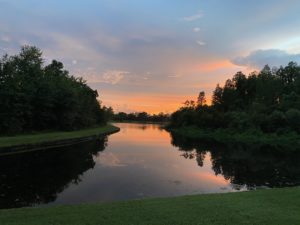 As I have gotten older, I have many deep thoughts which lead to questions about why things are as they are. One of the things that bothers me is the idea of people thinking they are better than others because what state or country they are from. This led me to thinking who came up with the idea of borders? I had to do some digging. I found information that led to the idea that Borders were created by rulers and governments in effort to control freedom of movement. Over time, some relaxed control however it seems that even today if you want to leave your country of origin you need a passport, so the movement between national borders is still regulated. Very interesting.

This is the point at which I started really thinking to myself; is this the way God intended us to live? He created the heavens and the earth for us and in the first book of the Bible the writer was inspired to record the commandments God gave Adam and Eve, one of which was:

Fill the earth, subdue it (in other words, cultivate the vegetation) and have all living creatures in subjection to you…wow! We also see that after Eve is deceived into eating from the tree of the knowledge of good and bad, she convinces her husband Adam to willfully disobey the command not to eat that fruit, then they are banished from the garden and the rest is history. Once out of the garden, Eve bears their first child, the first of human procreation, Cain. Adam and Eve were the original human parents of all mankind. Adam named his wife Eve and the scripture below explains the meaning of her name.

And he made out of one man every nation of men to dwell on the entire surface of the earth, and he decreed the appointed times and the set limits of where men would dwell,

Because of the actions of the first human parents, sin and death, things previously not present, entered the world and things have gone from bad to worse as man extends farther from perfection. As humans continued pro-creating and spreading out on the planet, they started creating boundaries of property they owned. As their individual families grew, they felt the need to enforce borders and eventually they would begin trying to restrict movements between their borders. Wars have been fought to take away others’ lands, some successful others not successful, usually the losing side has to give something up for their failure.

Eventually, governments, monarchy’s, various ruling bodies were formed to govern lands and as with today, the people in charge were imperfect therefore the power of their positions often changed them and they became greedy and oppressive. Man cannot help it, we have sinful tendencies which is why the saying that “power corrupts and absolute power corrupts absolutely” is so true! Paul, a zealous servant of God, recognized the weaknesses of being human and how hard it is to fight them sometimes.

I find, then, this law in my case: When I wish to do what is right, what is bad is present with me.  I really delight in the law of God according to the man I am within, but I see in my body another law warring against the law of my mind and leading me captive to sin’s law that is in my body

Most governments allow a measure of freedom however some try to restrict their constituents in ways that extend to the degree of trying to restrict the type of religion they are allowed to freely practice. We see this happening in many nations around the world; people are in prison because of their faith. Which leads to a scripture that applies to this situation, as well as war, murder, wanton violence, theft, cheating, abuse, the list goes on.

All of this I have seen, and I applied my heart to every work that has been done under the sun, during the time that man has dominated man to his harm.

What did God purpose? Remember, he wanted mankind to multiply, fill the earth and subdue it; his plan was for all mankind to live everlasting life in a paradise earth. Does God think one nation is better than another? No! What does the Bible say about God?

But the wisdom from above is first of all pure, then peaceable, reasonable, ready to obey, full of mercy and good fruits, impartial, not hypocritical.

At this Peter began to speak, and he said: “Now I truly understand that God is not partial,

Go, therefore, and make disciples of people of all the nations, baptizing them in the name of the Father and of the Son and of the holy spirit,

In the final part of the days, The mountain of the house of Jehovah Will become firmly established above the top of the mountains, And it will be raised up above the hills, And to it all the nations will stream.

whose will is that all sorts of people should be saved and come to an accurate knowledge of truth.

O Hearer of prayer, to you people of all sorts will come.

So, borders were not made by God, however once man put them in place, he worked within that system because he understood what made man “tick”. It is not his will for people to act partially with one another; my take away is that his original intent was for man to be one tribe, one human family who perfectly showed love and compassion toward one another, there were not supposed to be wars, death and violence, all the sufferings of mankind today. He promises us a way out through his coming Kingdom. It is the same Kingdom Jesus taught us to pray for: “Thy Kingdom come, Thy will take place on earth as also in heaven” (see Matthew 6:10). I am anxiously awaiting that day when earth will again be as God originally purposed, a paradise, filled with righteous mankind all things will be set right.

What a bright future we have ahead of us…no man made borders restricting us from getting to know our fellow man, no tears, no pain, paradisiac conditions, all people trying to do good for one another. What a pleasant thing to ponder!